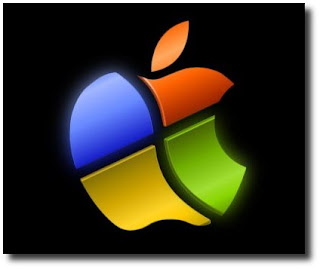 I know what you’re thinking. “Are you crazy? Mac is so much better than Windows.” That may be true, but there are a few things that I wish my Mac could do the way Windows does it.

1. Alt + Tab
I really miss my Alt + Tab keystrokes in Windows. I got it to work on my Mac with a third party program called Witch, but it should be built in to the OS. You can do a Command + Tab in Mac OS X, but that doesn’t bring up a program that may be running but is minimized to the Dock.

2. Apple Menu as Start Menu
Wasn’t there an Apple Menu in the old Mac OS’s that acted like the Windows Start Menu? Sometimes I want to be able to launch a program from a menu and not from the Dock. I downloaded a program called Butler to make it happen, but again it should be built into the OS.

3. Menus appear in Window
I don’t like the way Mac has one master menu at the top of the screen that changes as you change applications. I think it makes much more sense to have a menu in each window.

4. Ability to Move the Apple Menu
This may be possible, but I don’t know of a way to do it What if I want the menu on the bottom of the screen? I don’t, but somebody might want that.

5. Stop relying on applications like iPhoto
I prefer to browser my pictures in the Finder window and not in iPhoto. I can do that on my Mac, but if I’m trying to import a photo into an iMovie project I can’t just grab it from a folder. I have to import it into iPhoto first. That’s lame.

6. Write to NTFS drives natively
I really wish Mac would support writing to NTFS drives more easily. I can write to them with a third party hack, or by placing the drive on my network but it would be much easier to be able to plug in an external drive and write to it.

7. Permanently delete files without the trash
There is no easy way to delete a file from your desktop (or anywhere else) without first placing it in the Trash. I like to keep some files in Trash in case I need them, but other large files I want to delete immediately. There’s no easy way to do it on the Mac. The way I do it now is to drop it on the Shredder, but that takes awhile. I also launch Terminal and type the command:

8. Delete Key
I don’t like that there is no delete key in Mac. Holding down Function with the Delete key works, but that’s an extra stroke that would be made easier with a delete key.

10. Home Key
I miss the home key. Sometimes I want to select a line of text and in Windows I can hold down Shift + Home to do it. In Mac you can do it with Shift + Command + Arrow Key, but I’ve found that it doesn’t always work. It seems to be application specific and some apps don’t support it for some reason.

4 Replies to “A Few Things Mac Should Do Like Windows”